For perhaps many reasons, suicide is a growing problem in our world. According to an entry on Wikipedia, suicide is the third leading cause of death for young people ages 15 to 24. It is also the second leading cause for those ages 15–34. From 1999 to 2010, the suicide rate among Americans aged 35 to 64 increased nearly 30 percent. On Wednesday, Jerry and Debbie welcome Dave Muth to the program. His daughter, Madeline, died by suicide on October 4, 2015. She was part of a an ideal Catholic family. She received all the sacraments. She had loving parents and a younger brother. She went to Catholic schools. She was part of the parish choir. So, what went wrong? We’ll try to unpack this with her father, Dave. And we want you to weigh in with your takes and questions about the unfortunate issue of suicide. There is hope even in its aftermath. Dave and his family are living proof of that. Yet, it continues to wreak havoc on families everywhere. Don’t miss this impactful episode of the program!

Listen in to the show here! –

Listen in to our “Short Take” here! – 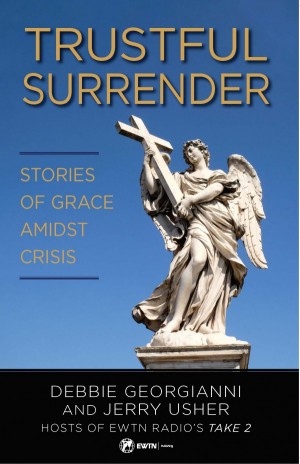 This week on Take 2

September 22nd – Do you have a loved one who left the Faith?

On the Road again

Here is where you can see what else Jerry and Debbie are doing: